Our first stop was the Stewart Farm parking lot at Elgin Park where a bunch of species welcomed us, including Cedar Waxwings which were everywhere, American Goldfinches and House Finches, singing Wilson’s Warblers, Spotted Towhees and Brown-headed Cowbirds.  Lots of Bald Eagles spiraling in the sky.  We wandered among the pleasantly smelling rose bushes to the marina, but could not find the resident Kingfisher nor any Shorebirds. Further along in a marshy area, we got many goodies; our first singing Willow Flycatcher, a rare-for-me Hairy Woodpecker, a posing Rufous Hummingbird, a brilliant Black-headed Grosbeak, a Bewick’s Wren (found by newbie Christie with her young eyes; she can join us again anytime).  Lots of White-crowned Sparrows around and a juvenile being fed by a parent entertained us in the parking lot.  The restored Stewart family farmhouse, “pole” barn and root cellar were interesting (established in 1910); no Barn Owls in the barn though.

We walked the Elgin Park path by the large Douglas Fir and Western Red Cedar trees (albeit second growth) and heard a Pacific (Winter) Wren and a Red-breasted Nuthatch.  Anne M showed us some neat plants, but I forget their names.  Gadwalls, Mallards and Canada Geese were the only waterfowl around.  More Hummers, Waxwings and Willow Flycatchers seen in the open area where the Surrey Summer Student employee was removing invasive plants (blackberry), a never-ending task and wasted use of taxpayer funds (my opinion).  Continuing on to Blackie Spit, a breeding plumage Common Loon was close to shore in the bay.  Our lone Shorebird for the day, a Killdeer was on the inland waterway shoreline.  Lots of Savannah Sparrows and three Swallow species around, Barn, Tree and Violet-green.  We ventured over to the Purple Martin nesting box area, and several pairs (but no where near the more than 10 pair we saw there last year) were hawking insects around us.  There were several Starlings hanging around the boxes, so we are not sure how many of these Martins will nest successfully there.

We continued along the creek path by the community gardens and saw many of the earlier-mentioned species plus a Northern Flicker, Downy Woodpecker, a Common Yellowthroat Warbler, and some baby Mallards imitating diving ducks.  We probably saw other stuff, but I forget; I had a brain freeze because I refused Lorna’s PB Sandwich offer.  We left the Spit at Noon and returned to Petra’s, thankfully avoiding a highway 99 nap from the buzz of inane conversation.

We’ll go somewhere exciting again next Wednesday, June 15, leaving Petra’s at 7:30 a.m.  Don’t forget the Delta Nats last Monthly Meeting at Cammidge House at 7:30 p.m. next Monday, June 13 with Derek Matthews “bird banding” Presentation.  We will have our DN Display Booth at the 11th annual Father’s Day Pancake Breakfast on June 19 at Centennial Beach in Boundary Bay Regional Park.  And our annual Delta Nats Garden Party at Pam & Jen’s home is on Saturday, June 25. Again, comments welcome, check out our Blog at www.dncb.wordpress.com, and tell me if you’ve had enough of this crap. 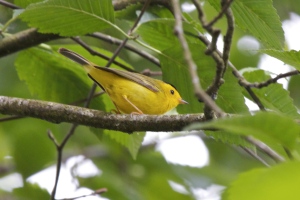 DNS: Delta Naturalists are a group of nature lovers whose aim is to foster interest in the natural history of the Fraser delta by sharing and enjoying nature and promoting environmental awareness and conservation. DNCB: Delta Nats Casual Birders is a group of Casual Birders who go Birding at different locations each week, usually within the Lower Mainland or in nearby Washington State.
View all posts by dncb →
This entry was posted in *DNCB, Blackie Spit, Elgin Heritage Park. Bookmark the permalink.